This article discusses how to customize roles in Lead Docket. Users with Admin permissions can customize their organization’s roles in the Roles section.

To navigate to the Roles section, click Manage in the left side menu and select Roles from the dropdown.

In the Roles section, you will see a list of existing roles and their information. Here, you can create new roles, edit the names and descriptions of existing roles, and change role priorities.

Create
Edit
Delete or Disable
Change Role Priority
Default, Associated With Revenue, and Include In Rotation

To create an entirely new role, click the Add New button in the top right corner of the Roles section. In the opened Add Role form, enter a name, display name, and description for the role. The role’s display name will be how it appears throughout Lead Docket.

When you have entered the new role’s information as desired, click Save.

Once a new role has been saved, if you would like to use the role, be sure to enable it first. In the list of roles in the Roles section, under the Enabled column, click the circle-backslash icon to change it to a checkmark and enable the role.

You can create as many roles as you like, but only 10 roles can be enabled at one time. If you attempt to enable an eleventh role, you will see the error message below.

To edit an existing role, click on the Edit to the left of the role in the list. In the Edit Role form, edit the name, display name, and description as desired. 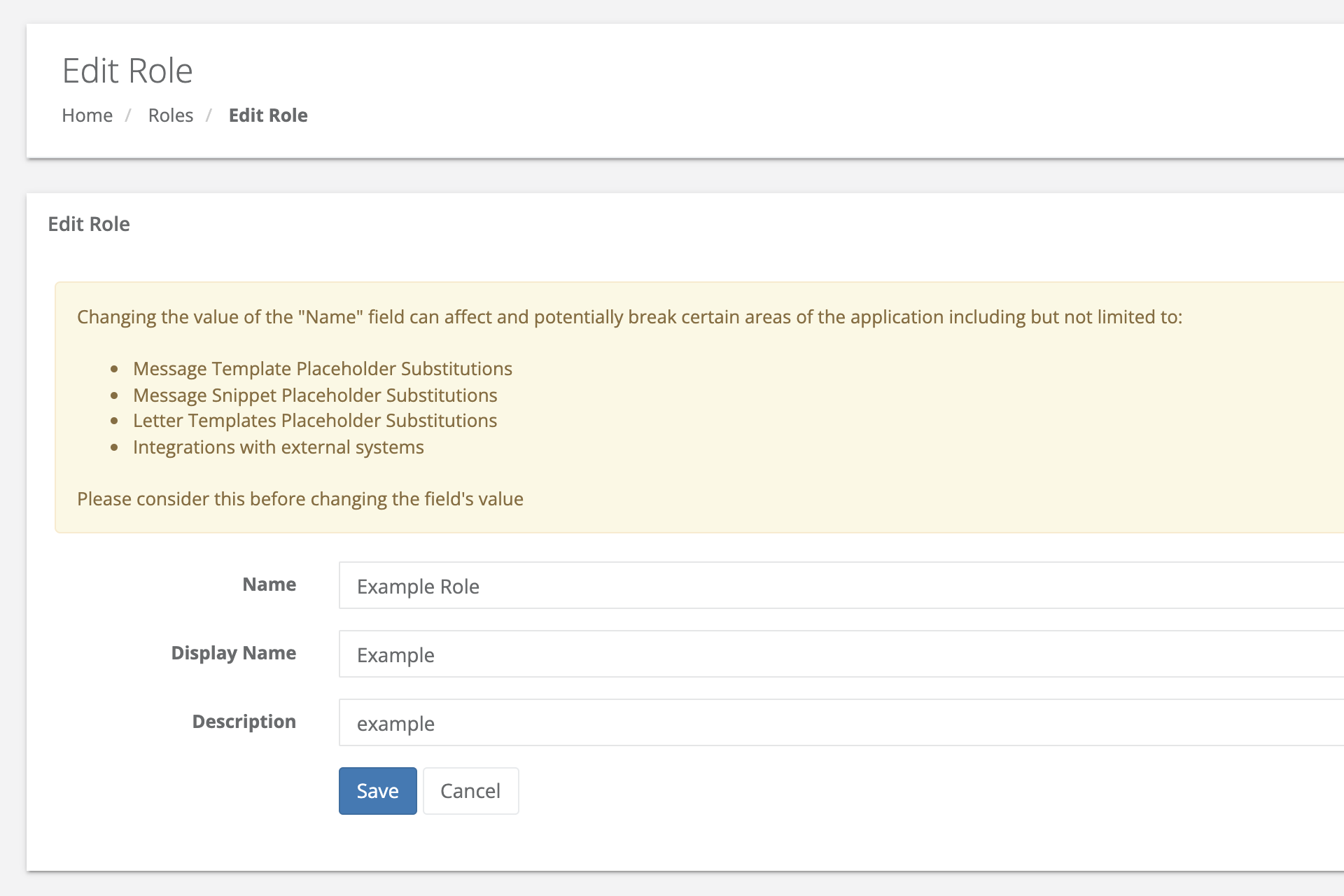 Note: Editing the Name field can affect and potentially break certain areas of the application, like message and document templates, and should be avoided. If you’d like to edit the name of a role, you can edit the Display Name field to change the name that users see without affecting the application.

Roles can be deleted or disabled, except for the roles marked Default and Associated With Revenue. Although you cannot delete these roles, you can edit them.

Roles also cannot be deleted or disabled when associated with active leads, task templates, or message templates. If a role is assigned to any active leads, you must reassign the leads to a different role before proceeding. You can reassign leads manually, or with bulk actions. If a role is associated with any task templates or message templates, those templates must be reassigned or deleted before proceeding.

To delete a role, click the Delete button to the left of the role in the role list. A pop-up modal will ask you to confirm the deletion. Press OK to confirm.

If there are no active leads or task templates associated with that role, the role will be deleted and a success message will appear in the top right corner.

Once it is deleted, a role will no longer appear in the role list. If you may use the role again, you can disable the role instead of deleting it. To disable a role, click on the checkmark underneath the Enable column in the role list.

To change the role priority order, click Edit Role Priority in the top right of the Roles section. 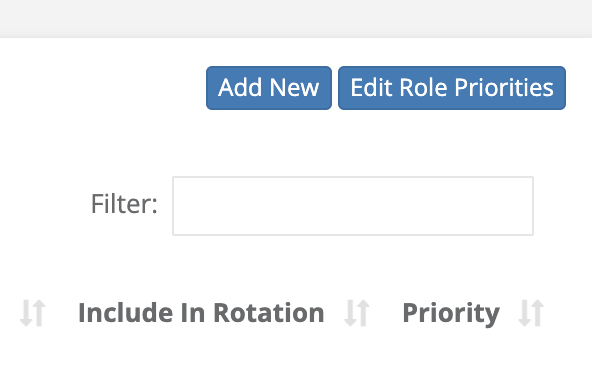 Here, you can drag and drop the roles in the list to change the priority order. To drag and drop, click and hold the three horizontal lines to the left of a role. Then, move the role to the desired position.

Once you are satisfied with the role priority order, click View Role Details at the top right to return to the main page of the Roles section.

Default, Associated With Revenue, and Include In Rotation

Organizations must have one Default role, and one Associated With Revenue role. The Default role often represents intake staff, and is assigned to all leads at creation. The Associated With Revenue role often represents the “owner” of a lead, and appears on revenue-related reports. Although you cannot edit or move these labels, you can edit each role’s information.

If the Include In Rotation column is visible in the role list, the Associated With Revenue role will also have a checkmark in that column.

Include In Rotation refers to an optional feature that helps ensure fair lead assignment. If the rotation feature is disabled, the Include In Rotation column will not appear in the Roles section. Contact Lead Docket support to enable this feature.